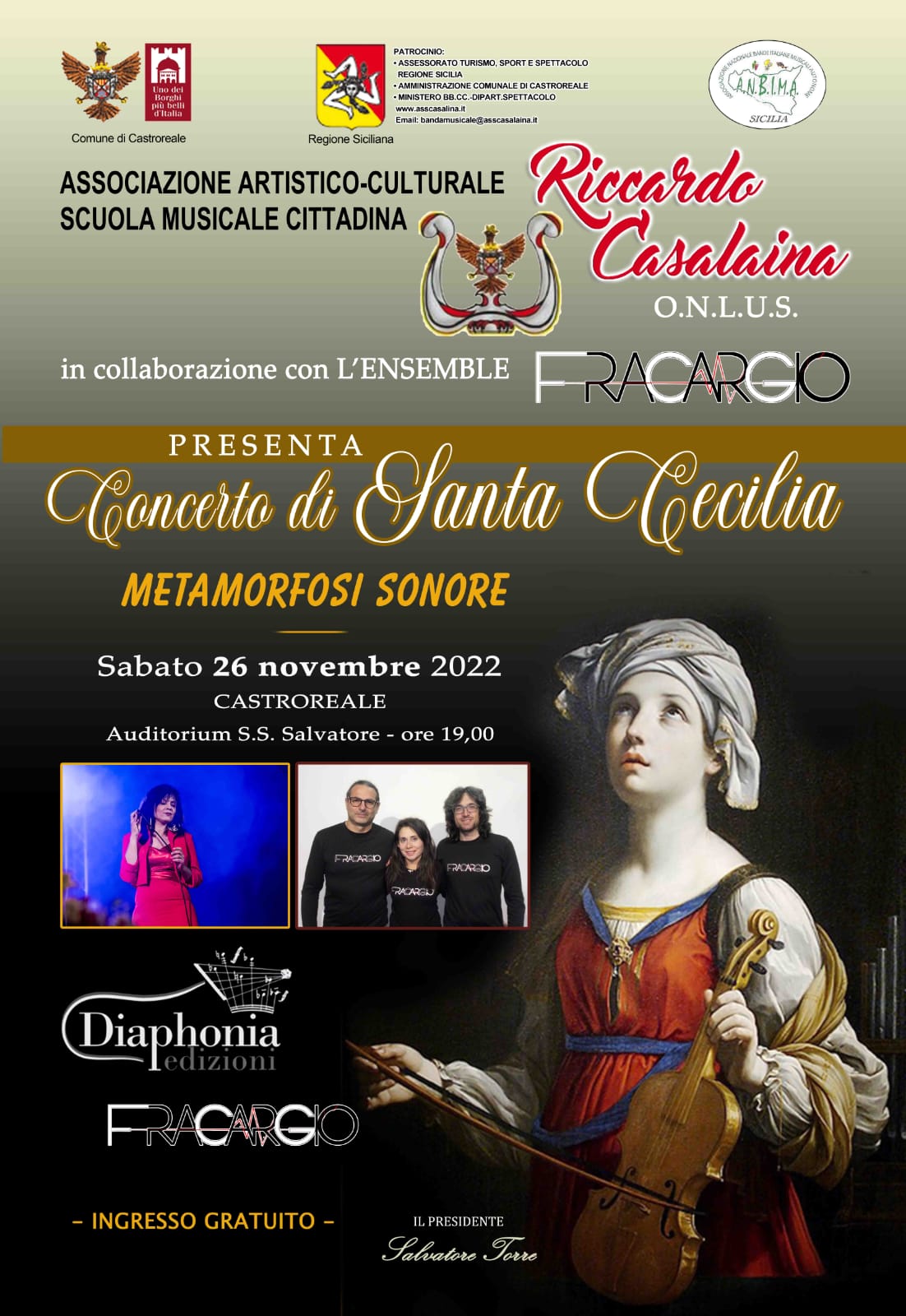 A few decades ago some researchers of popular traditions visited Barcellona Pozzo di Gotto (ME). They looked for some elderly people to collect the popular songs of the place. A vinyl recording was made. We ignored its existence until, rummaging in the basement, among various junk, the disc came out.

A song struck us: Misereri mei, a fragment of a popular song on the Latin text of Psalm 50 (Miserere mei). Until a few years ago it was sung on Holy Thursday by the faithful visiting the “sepulchres”.

The formal aspect is not linked to the piece, except as an emotional cue for improvisation. On that material we created two songs: Misereri and Mismedo. So a double parallelism between the four songs: two on Agni Parthene and two on Miserere, as already mentioned in the post in which we talked about the structure of the entire album.

With Francesco and Dario, Carmen Mazzeo joins the flute, becoming a permanent member of the group.

Mismedo is a word taken from the initials of MISere MEi DOmine. The inspiration comes from the discovery of the aforementioned album, which contains a Sicilian version of this song and which will be the protagonist of the last track of the album.

If Agni Parthene was characterized by the contrasts of the elements, Mismedo presents itself as its opposite: the intangibility of the sound, the nuances, the ethereal changes in sound climates are the protagonists of this piece that transports us to almost mystical places of feeling.

The piece begins with a suspended atmosphere created by electronic sounds to which the nuanced whistle tones of the soprano and bass flutes played by the instrumentalists are soon added. For about six minutes an unstoppable crescendo is mounted with an accumulation of sounds produced by the instrumentalists and reverberated and delayed by the electronics that leads to a section in which Carmen Mazzeo's flute performs in virtuosic melodic arabesques.

Meanwhile, Francesco Lipari, who has switched to percussion, converses with the flute emphasizing the moment with plays of color created by percussion, cymbals and drums mainly, but played with extended techniques.

At the ninth minute a hint of a heavy and mysterious melody that tries to emerge and make its way through the sounds. But soon it is engulfed in an unreal atmosphere that is recreated by the transformation of the whistle tones we had heard before: it is not yet time for the melody to make itself present and come out in a real way, it will be the last song that will bring us towards this destination in a path designed to make you travel to discover the sounds and thoughts of Fracargio.