The material produced is not bad, good first take. But something makes them dissatisfied. The sound of the various “friscaletti” (sicilian recorder instruments), overdubbed and combined with electronics, lacks something.

Dario's bookcase has a beautiful section dedicated to Sicilian culture in which a poetic anthology in several volumes stands out. Francesco well knows it because he has it too. He opens the volume dedicated to the sixteeth century and the first poem that leaps to the eye is by an unknown poet, Tubiolo Benfare.

"Let's do another take," says Francesco.

"This time use the cane flute you made yourself" suggests Dario.

"Better this way, it's more authentic".

The piece Fa focu amuri comes out based on that poem. Poetry is added to the sound of instruments and electronics, read, screamed, sung, whispered, processed with electronics, dissected until it becomes pure sound.

Listening again they realize that the song recorded first used the same melodic fragments as this one. Now the two songs have that something that was missing and that satisfies the authors. They decide to add a poem by Antonio Veneziano that seems to fit perfectly. A verse of the poem gives the title to the piece, Morti duci.

Sicilian literature will be the theme of this track and the album that will follow. And there will be many musicians involved. So far, alongside Dario T. Pino (electronics, synths, programming) and Francesco Lipari (flutes, vocals, percussion) have participated: Carmen Mazzeo (baroque flutes), Carmelo Giambò (accordion), Giovanni Alibrandi (violin), Alessandro Monteleone (guitar). The recording sessions will resume in the spring with other artists.

Will it satisfy you too? 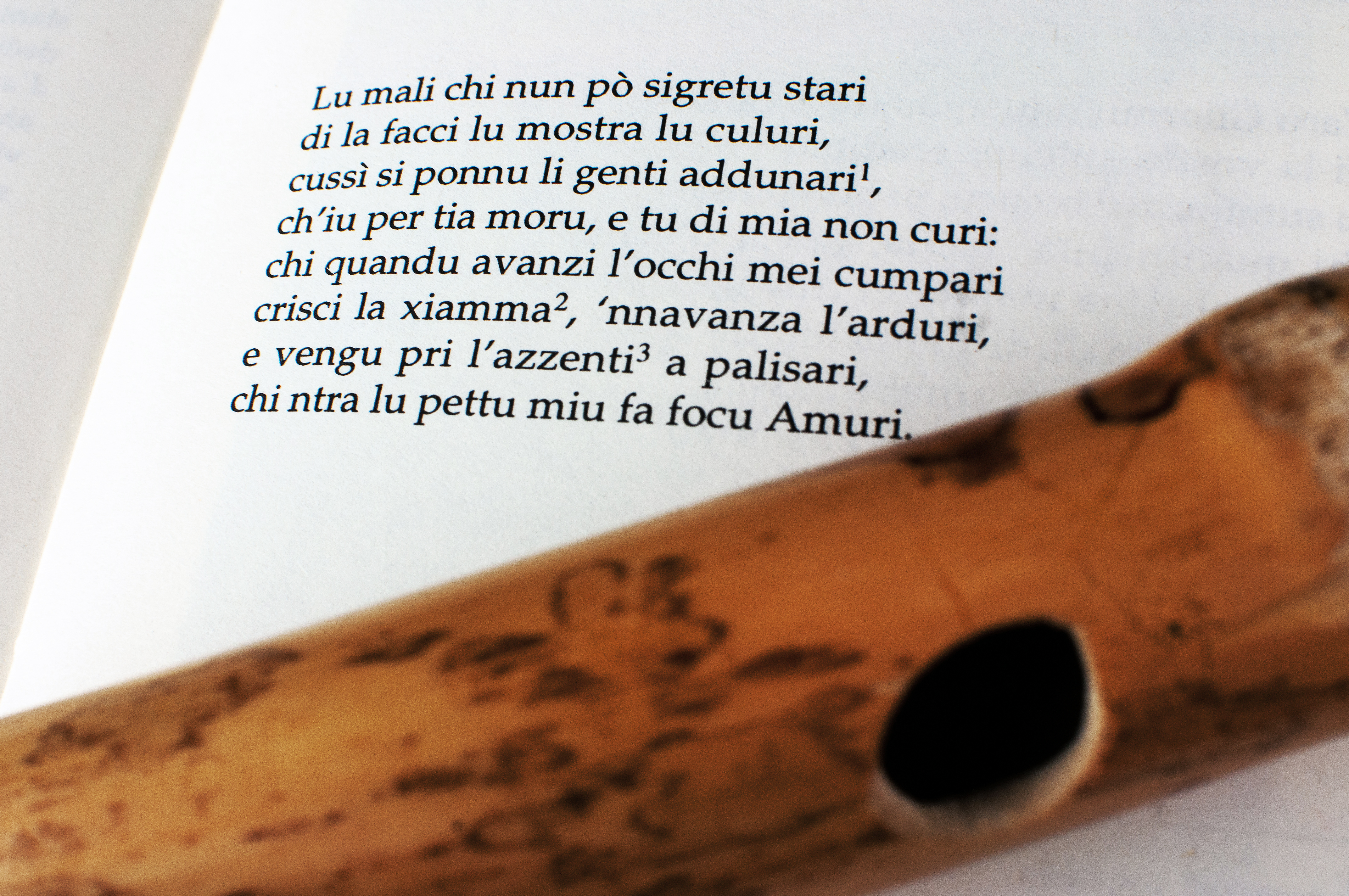